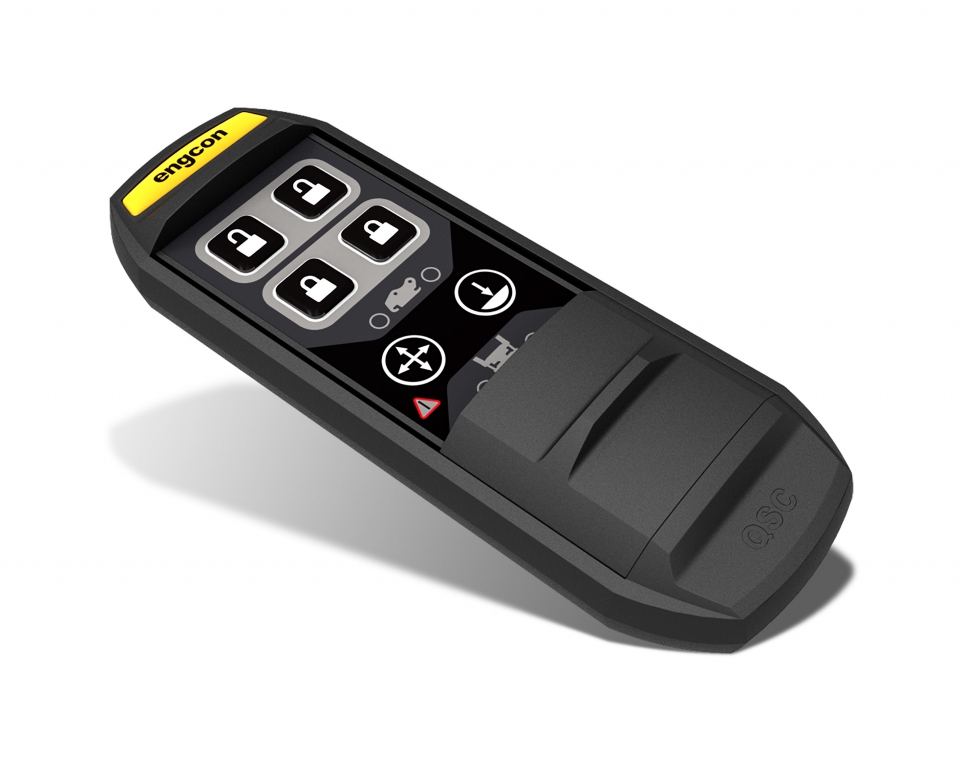 Today there are around 20 major excavator manufacturers, all of whom have wellfunctioning systems for operating quick hitches. However, the operation and location of the quick hitch lock buttons differ according to manufacturer and model.

Consequently, in situations where the excavator operator uses different machine types, there is a clear risk of incorrect operation. It’s comparable to having different positions for brake and accelerator pedals depending on the make of a car.

With Engcon’s Quick hitch Standard Control (QSC) locking system, the hitch control function is standardised, irrespective of the make and model of digger. Whilst specially designed for so-called twin-hitch arrangements (where the tiltrotator is mounted on a hitch that is permanently attached to the excavator), the system works equally well for direct-mounted arrangements.

Ergonomically-designed, QSC has an intuitive sliding cover which immediately identifies the hitch to be operated – either the top (machine) hitch or the lower (tiltrotator) hitch.

In each case, the hitch operation is the same; with the requirement for two buttons to be pressed simultaneously to open, or close, the hitch. The system also uses a boom ram pressure sensor to detect ground pressure, which in turn establishes the requirement for the attachment to be grounded before the hitch can be opened – thus preventing buckets from being accidentally dropped.

Together with the Q-Safe quick hitch, the QSC further increases safety by means of an audio visual alert system. If both bucket axles are not in the correct position, the system uses sound and light alarms. It is also possible to specify boom and slew lock when the hitch is in an unsafe state as an optional extra.

A Q-Safe quick hitch, when combined with QSC and the QLM light module, means Engcon delivers one of the world’s safest quick hitch operating systems. This means the operator always knows what is happening and when it happens.